The Journey of Kerry and Friends.

Hi there, This year started with several shows scheduled along with performing on a Carnival Cruise Ship, and in March everything changed with COVID 19. Things changed for almost everyone, and now that I am in school till May of 2021 pursuing my Masters, I won't be doing that many lives shows. However, we are alive and well and you can always follow us on our Facebook page and our YouTube page. Please check our home page for that information. Stay safe, and keep smiling! Kerry

This year has been amazing, and we are so grateful.  Below are some highlights to this past year.

We are truly honored and humbled by this, and are looking forward to another great year in 2020.

Yes, I know we are still in the year 2019, but it is already half way over.  Wow, what a journey so far!  We have been part of over 30 events, and in the month of July we are doing a 5 night VBS for a church.  This should be fun.  We are scheduling for our Christmas Shows now so contact us today.  We hope your 2019 is going well.  Hope to see you soon at one of our events. ----Kerry

Merry Christmas and Happy New Year! This is our 2018 Year in Review. In many ways, this has been a record-breaking year, and we are humbled and grateful. We have seen a total of over 4000 people at our shows, and we have traveled over 7600 miles. Our videos have been seen by 5000 people. This year we were able to speak at the 2018 Non-Profit Leadership Conference, and we were a top-ranked ventriloquist in the Mid-West. We concluded the year with a Hospital Show on New Year's Eve for patients. Our first show in 2019 is at the Ozark Christian Church. Thank you everyone for coming on this journey with us. 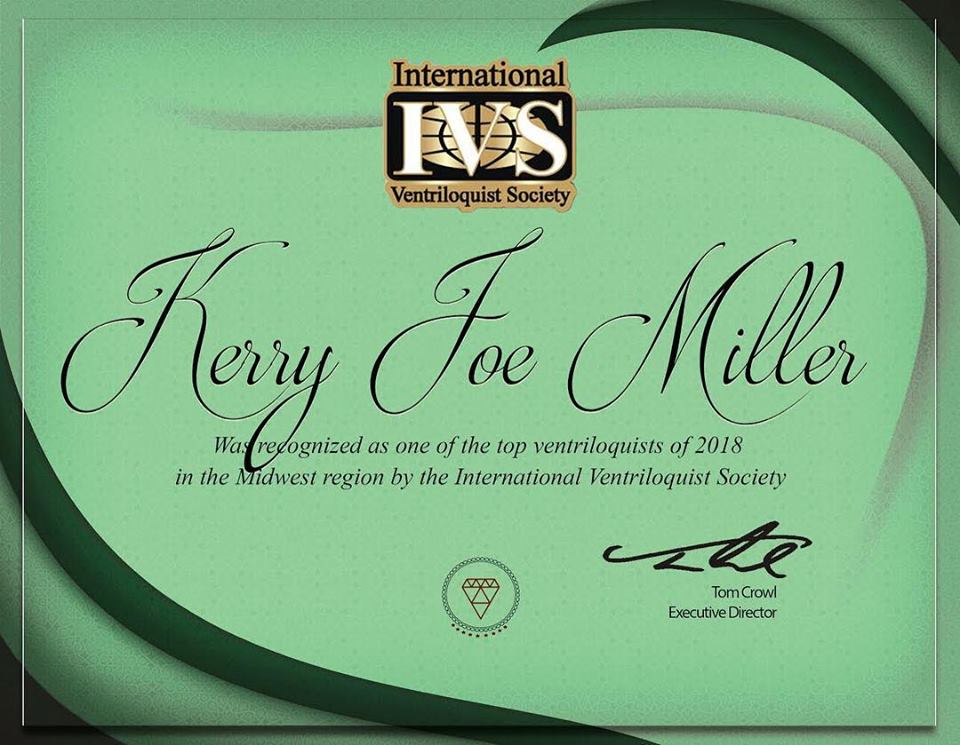 Wow, we have had a very exciting and busy year.  We have done over 50 events this year, and we still have 3 more left.  I hope to have a final update in Jan.  Thank you everyone that had us come to your location, and we hope you had a great time.  We are already scheduling for 2019 and it is filling up fast.  We hope you enjoy the rest of your holiday season.

Kerry and Friends have been super busy since February, and we have met a lot of awesome people. We have traveled to Chillicothe, OH, and Farmington, MO to help at a couple conferences to share how we used comedy and ventriloquism in the church and our community. The Conferences were sponsored by the National Association of Evangelism, and just recently I was voted in as Vice President on their Board.

About a week ago we were doing a show at a Nursing Center when Little Jeff (Little Elvis) stole the show. After the show one of the audience members wanted to hold him, and I never thought I would get him back.

One of the annual community events we participate in is the Annual Cherish Kids Run, which raises money to help family adopt children. My Ricky character was dressed up as Superman, and it was awesome until we met a giant Superman and we realized we had met our match.

June will be full of events as we will be working with the Children’s Miracle Network at their Medical Mile 5K and Run, then we will be participating at the Kid’s Health and Safety Fair. On June 16 we will be taking the stage at the National Veterans FEST in Effinham, IL with my friend Steven Brown. Steven is a Navy Veteran and I am an Army Veteran and together we are the Veteran’s Variety Show.

We have been active in Branson, MO this year performing at the Kidz for Jesus Show at the Grand Magical Theater.

There is so much more happening this year and I will share all that on the next update. One thing I am working on right now is a Fundraising Concert for a good friend who lost everything in a fire, and we plan on holding the event on June 12. My friend and her family are ok, but they had no insurance and have to start over with nothing.

Good Morning! What a year so far and I wanted to get you up to date with what is going on. First, we have already shared in our live events with over 700 people, our YouTube Videos have been viewed 330 times, and with our website, GigsSalad page, a social media, our message of Impacting Lives is getting out. We do have a few needs and that is our laptop needs repaired or replaced. We will know soon as it is getting looked at. If you want to help us with this we would appreciate it. We use the laptop in our shows with our Karaoke which is always fun as audience members get to sing with one of my characters. We hope you have a great day and we will talk with you soon. We hope to see you at one of our events.

8:00 -9:00 Registration and coffee, muffins, fruit and juice (provided by the church)

This week we were asked to do a private ventriloquist show for a child at a hospital for him and the siblings. There were around 10 total family members present. I took Zagnut, and we did our best to give away smiles and laughter. Because of the flu restrictions we did this in the lobby of the hospital. One thing I noticed while there was that other people would stop and watch what was going on. Zagnut of course would notice them and speak to them. We were there around 45 minutes, but one thing I took away from this moment in time is that people are watching what we do. May what we do offer something positive in the lives of those around us who stop and watch us. Have a great day. 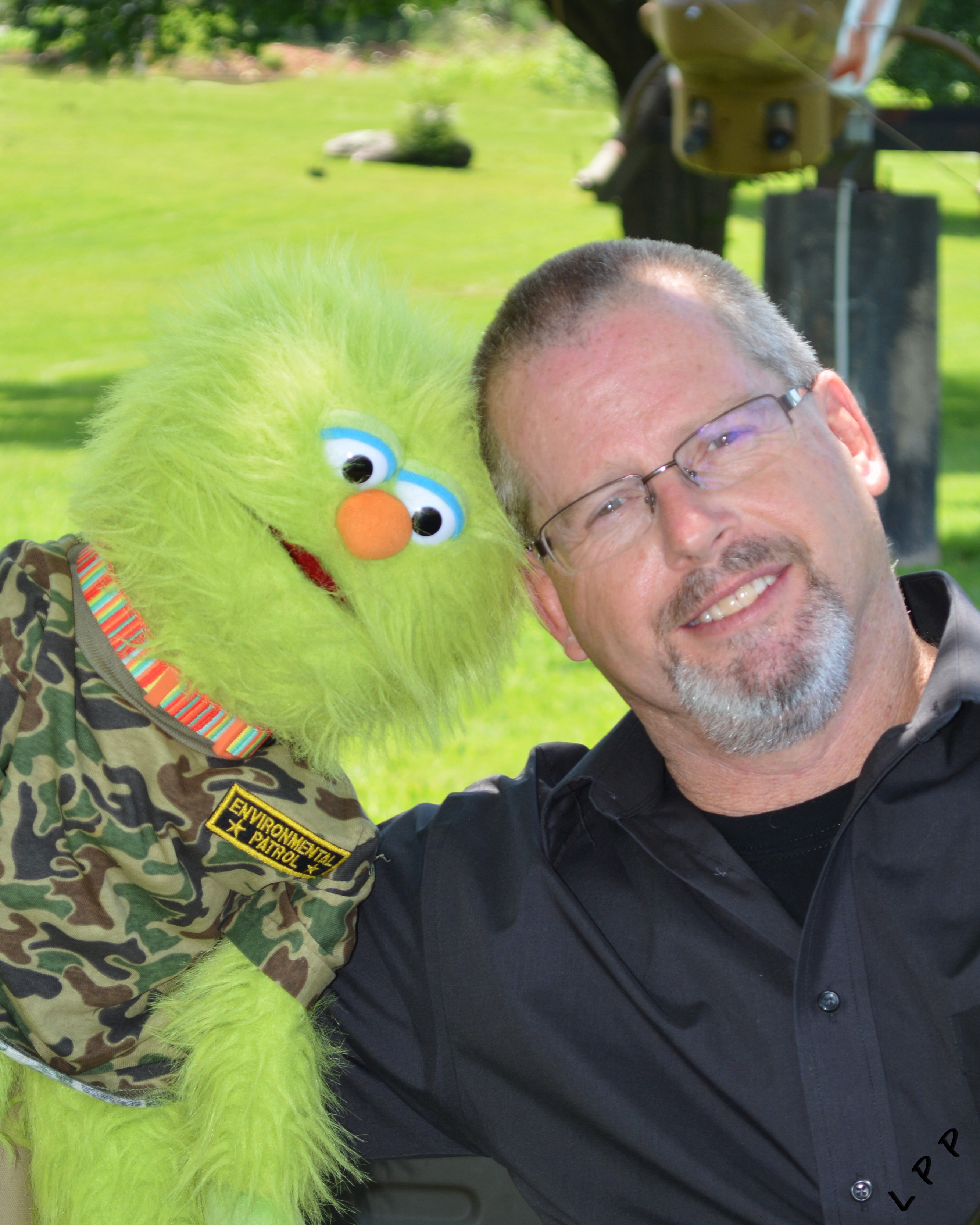